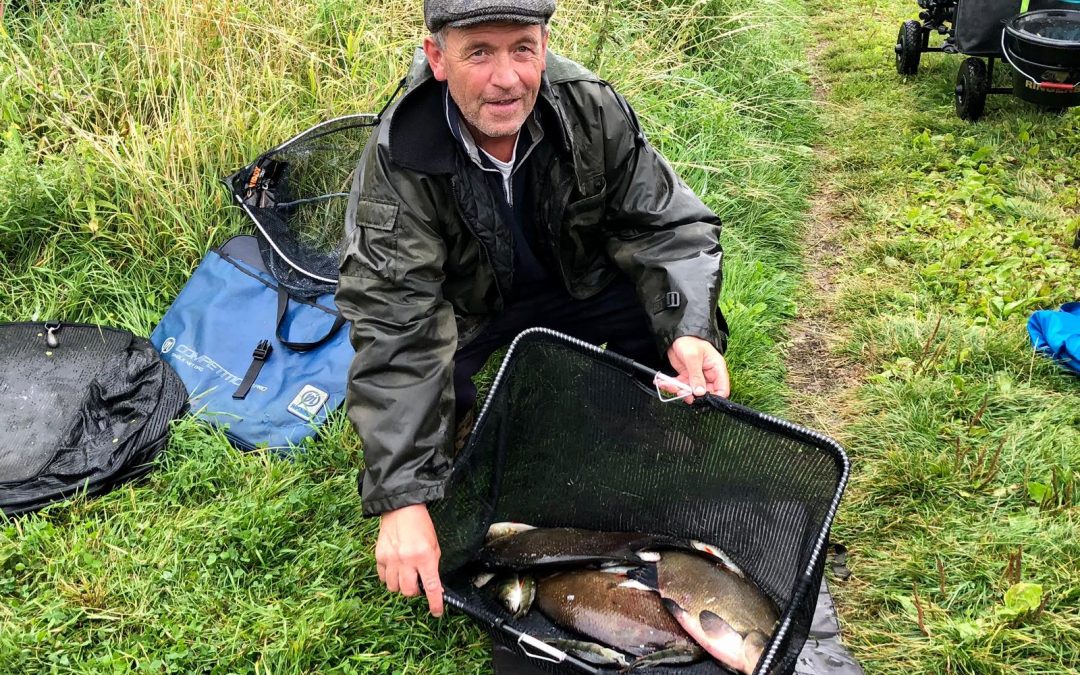 Club match Orton Upstream above the Chinese bridge.
Nine members made the long walk to the top of Orton up to see if the bream were still in residence and hopefully see some roach feed at last….
Well the bream fed in winner Paul Dotchin’s peg Paul took three early fish one in the middle and two late on resulting in an emphatic win weighing 28lb 11oz.
Steve Goodrum caught an escapee above Paul for second weighing 7lb 7oz.
Andy Wilding was the best of the rest catching a mixture of small fish weighing 3lb 9oz.
Although one or two roach showed late on it is concerning how few have been caught up to yet this season…..
Next Saturdays venue to be decided.